Research in the Bartol Marine Biomechanics Lab focuses on the physiological ecology and biomechanics of marine animals, with an emphasis on locomotive and sensory processes.  At present Dr. Bartol and his students are using 2D digital particle image velocimetry (DPIV) and 3D defocusing digital particle tracking velocimetry (DDPTV) to study global flow patterns around swimming squids, cuttlefishes, and sea turtles. These techniques involve training animals to swim in a water tunnel or viewing chamber seeded with light reflective particles.  The particles are illuminated using either a sheet (DPIV) or cylinder (DDPTV) of light produced by two pulsed lasers (see images below).  The lasers are synchronized with either a double-shot DPIV or 3-aperture DDPTV video camera, allowing for the collection of a series of “paired” images of the flow around the swimming animals.  Using cross-correlation and other particle tracking algorithms, the particle displacements are determined within these paired images, and velocity vector fields are produced.  In addition to using these laser-based flow quantification systems, body movements of the animals are recorded during swimming in the water tunnel/viewing chamber using an array of high-speed cameras.  This footage is analyzed in conjunction with DPIV/DDPTV data to better understand thrust/lift production, swimming efficiency, turning performance, and escape responses. Recently, the lab has also focused on studying how cephalopods sense prey and predators in their environments.  For these experiments, predator-prey interactions are recorded using high-speed video and DDPTV to study prey and predator sensing behaviors. In some of these experiments, the epidermal hair cells are ablated to test their role in wake sensing. 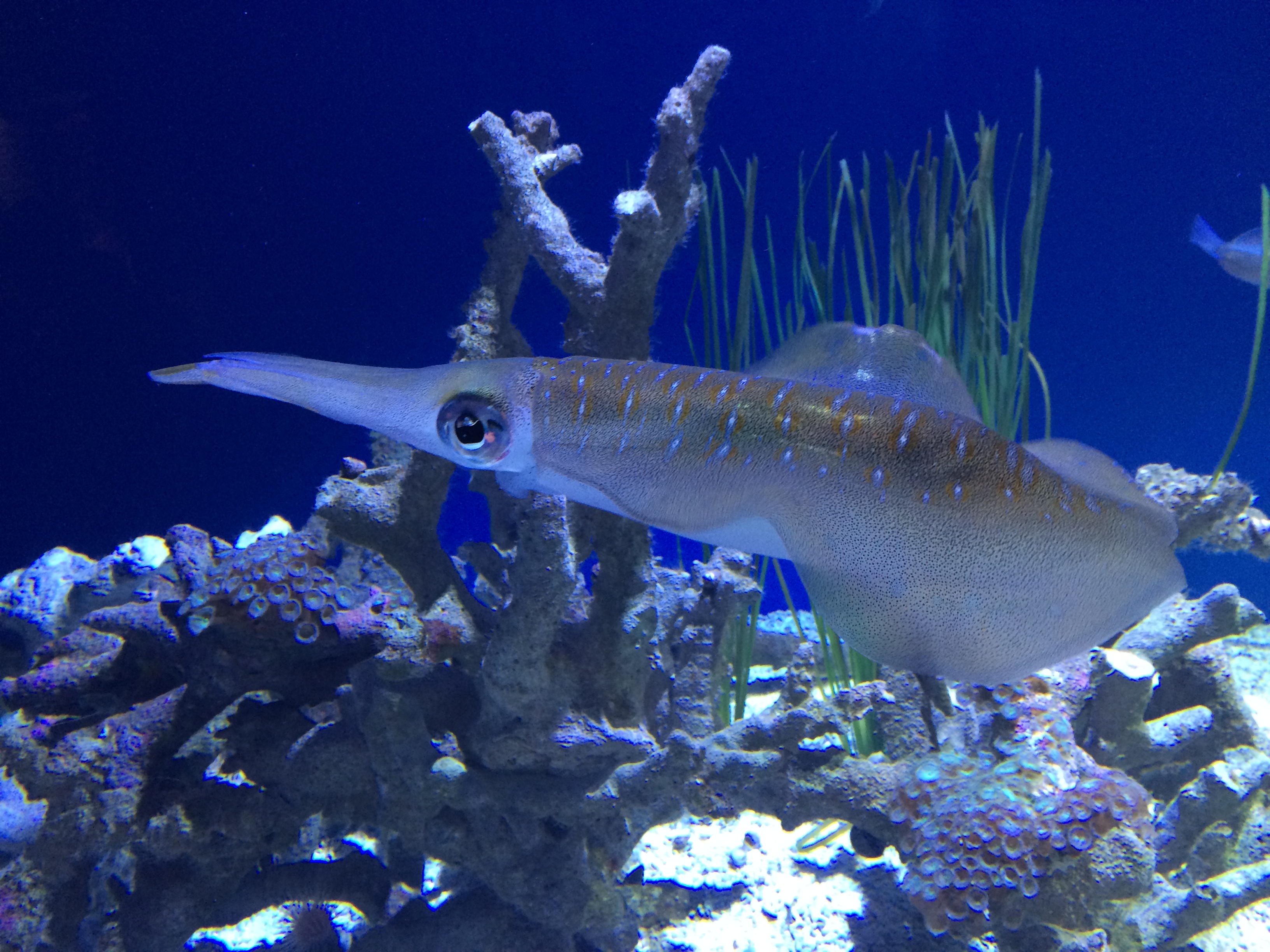