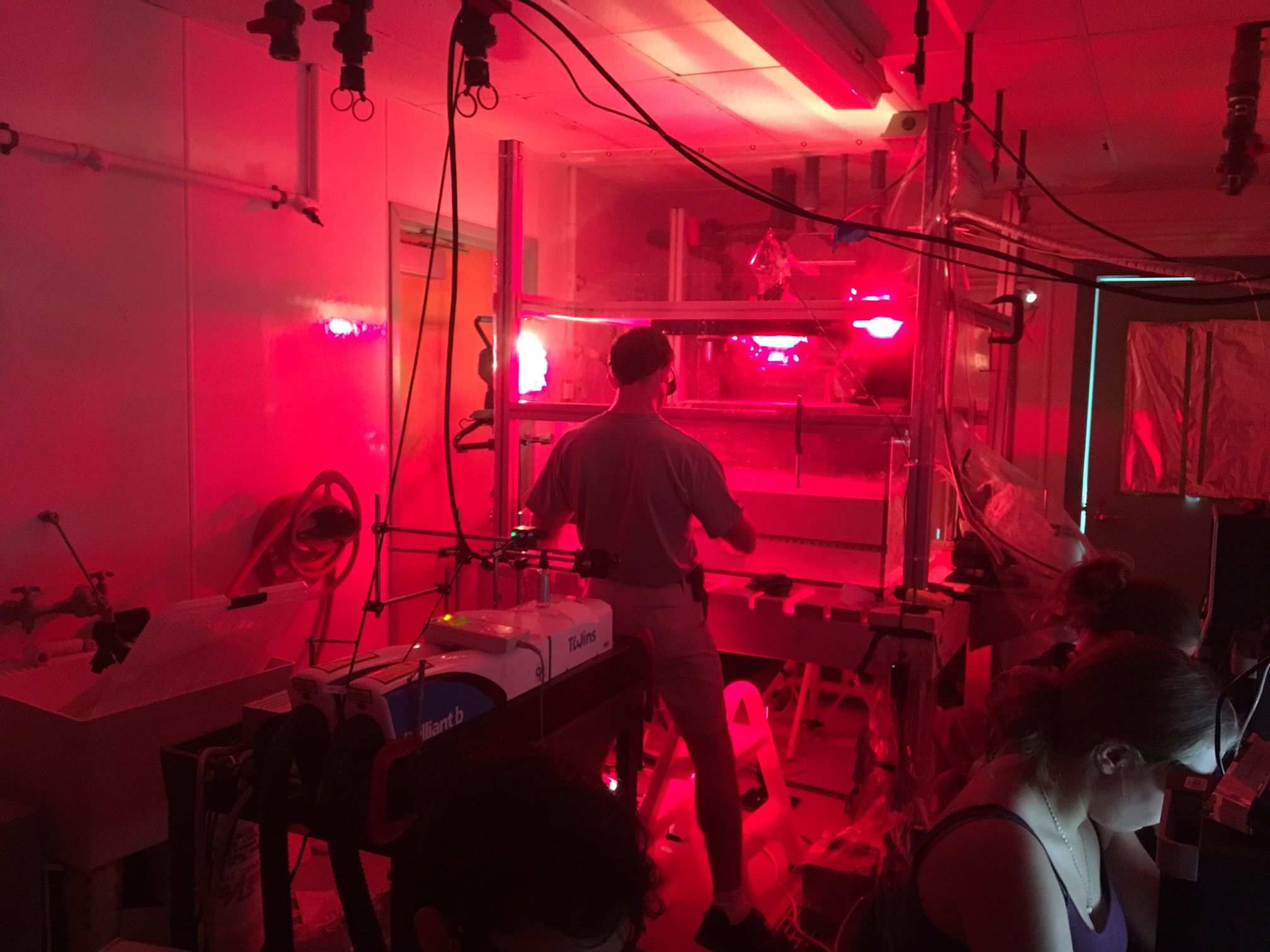 Hydrodynamic and Muscular Mechanical Investigation of Maneuverability in Cephalopods throughout Ontogeny

Maneuvering in the aquatic environment is a significant component of routine swimming, with proficient maneuvering being essential for predator avoidance, prey capture, and navigation. Despite its importance, understanding of the biomechanics of maneuvering behaviors is limited. Therefore, for this project, our team is investigating maneuvering performance in three morphologically distinct species of cephalopods. The investigation explores three broad questions: (1) how are the fins, arms, and funnel-jet complex used in concert to maximize turning performance in adult cephalopods; (2) do the relative importance of turning rate and turning radius change over ontogeny and are fewer turning modes observed in young cephalopods; and (3) do fin, arm, and funnel musculoskeletal mechanics change over ontogeny and are such changes associated with differences in maneuvering? These questions will be addressed by collecting measurements of 3D high-speed kinematics and 2D/3D hydrodynamics of wake flows; performing mathematical analyses to quantitatively identify and categorize turning patterns; and measuring both the dynamic passive and active length-force relationship and maximum shortening velocity of muscle fibers that drive the movements used during turning and jet vectoring.

Some of the key findings of this work related to this project are described in the following papers:

FUNDING: This research is supported by the National Science Foundation.

For this project, we are developing a novel 3D approach for identifying gaits in rectilinear swimming using (i) volumetric (3D) defocusing digital particle tracking velocimetry (DDPTV) of the complete wake of swimming squid; (ii) proper orthogonal decomposition (POD) and critical point analysis to quantitatively identify fundamentally distinct kinematic motions and wake signatures, respectively; and (iii) propulsive performance metrics (e.g., propulsive efficiency) derived from DDPTV measurements. Several important results have emerged from our work including: (i) the jet is the primary propulsive mechanism for most rectilinear swimming with the fins playing reduced propulsive but significant stabilizing and lift-generating roles; (ii) isolated and interconnected vortex rings are prominent fin/jet wake features with isolated vortex ring wakes having higher propulsive efficiency than longer wakes; (iii) fin thrust and fin wake complexity are greater during arms-first than tail-first swimming but there is no difference in propulsive efficiency between the two modes; and (iv) more gaits, i.e., distinct kinematic and hydrodynamic patterns with associated performance benefits, are present in squid than previously thought.

Some of the key findings of this work related to this project are described in the following papers:

FUNDING: This research is supported by the National Science Foundation. 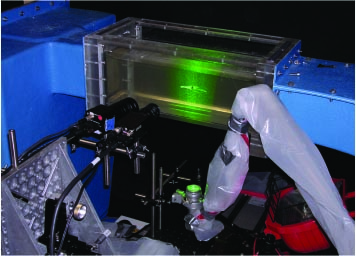 Pulsed jetting is used by squids of remarkably different sizes, from hatchlings that are only a few millimeters in length to adults that may grow as large as 18 m. Over this wide size range, the physics of fluids plays an important role in the evolution of various jet features (e.g., characteristic vortices known as vortex rings) that are central to propulsive swimming performance. This collaborative project investigated how fluid mechanical constraints shape swimming strategies and muscular mechanics in squid of different life history stages, with the ultimate goal of assessing how propulsive jet efficiency changes with size. My component of the project was to investigate swimming mechanics of squids throughout ontogeny.  This was accomplished by studying squid swimming in water seeded with light-reflective particles in custom-built chambers or water tunnels. As particle-laden water was expelled from the funnel, it was illuminated with lasers and videotaped so that the jet velocity could be determined using a technique known as digital particle image velocimetry (DPIV).  These DPIV data provided direct measurements of jet features and propulsive efficiency.  Multiple video cameras positioned on a motorized rail system were used to collect high-resolution images of the mantle and funnel as the squids swam, providing valuable data on swimming behavior.

Some of the key findings of this work related to my component of the project are described in the following papers:

FUNDING:  This research was supported by the National Science Foundation and the Jeffress Memorial Trust.

Role of fins in propulsion of squid

Although there is considerable diversity in fin form and function in squids, the locomotive role of the fins is not well understood.  While the jet is the foundation of the locomotive system for most squids, the fins also play important roles in swimming, providing thrust, lift, and dynamic stability.  In this project, several high-speed video cameras were used to record the kinematics of fin motion in the brief squid Lolliguncula brevis, and DPIV was used to study flows around the fins as they undulate/oscillate over a range of swimming speeds.

Some of the key findings of this work are included in the following papers:

FUNDING:  This research was supported by the National Science Foundation and the Jeffress Memorial Trust. 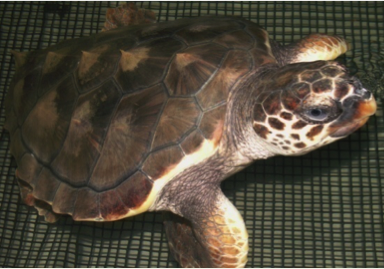 Sea turtles reside in different acoustic environments with each life history stage and may have different hearing capacity throughout ontogeny. For this study, we are using electrophysiological and behavioral techniques to study hearing capabilities of sea turtles throughout ontogeny.  All experiments are being conducted at the National Oceanic and Atmospheric Administration (NOAA) Fisheries Galveston Laboratory, TX.  The data collected for this project will serve as an integral component of future assessment plans that address potential impacts of sound on sea turtles.

Some of the key findings of this work are included in the following papers:

Lavender, A. L., S. M. Bartol, and I. K. Bartol. (2012).  Hearing capabilities of loggerhead sea turtles (Caretta caretta) throughout ontogeny.  In The Effects of Noise on Aquatic Life, (ed. A. N. Popper and A. Hawkins), Advances in Experimental Medicine and Biology Series 703, pp. 89-92. New York: Springer.

FUNDING: This project is funded by the Joint Industry Program of the International Association of Oil and Gas Producers. 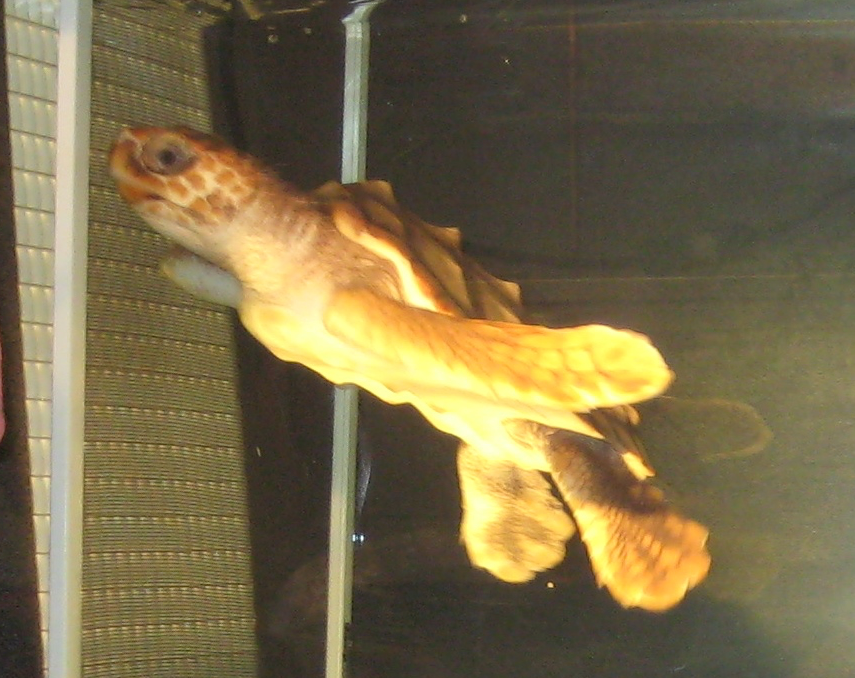 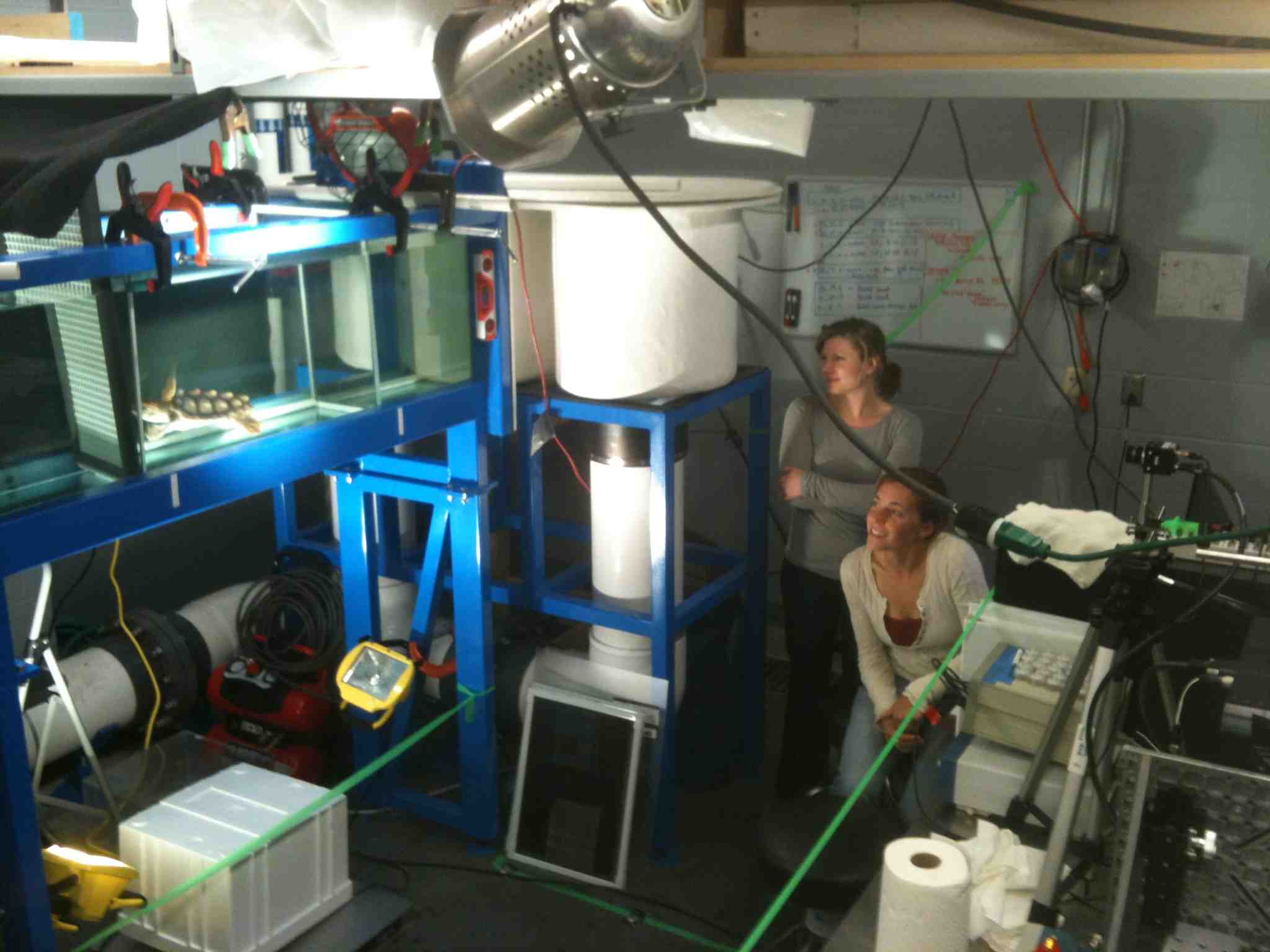 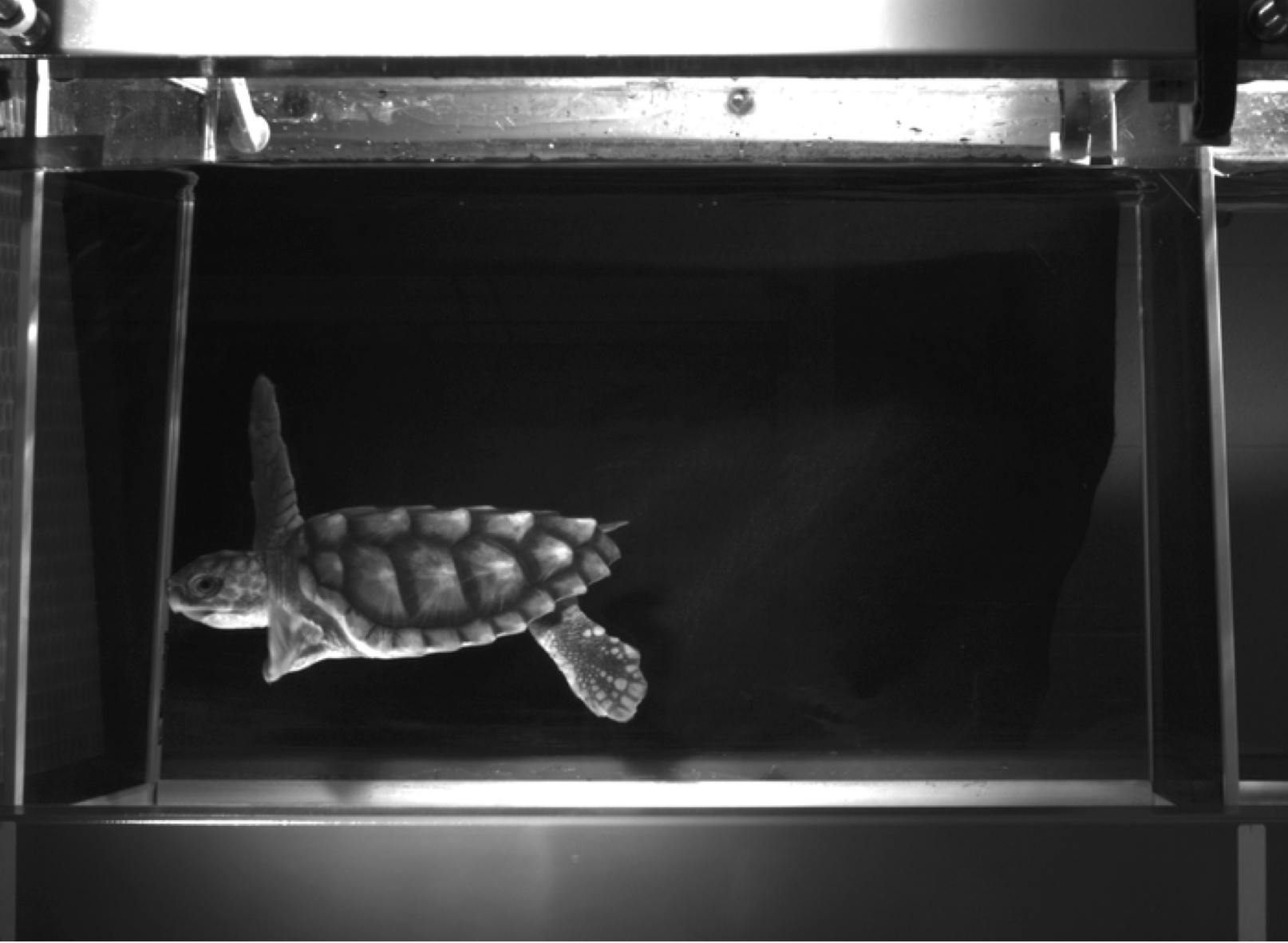 For this study, an integrative approach is employed involving kinematic, mathematical, and engineering approaches to understand sea turtle swimming. Specifically, we are recording behaviors of loggerhead sea turtles (Caretta caretta) of different life stages (hatchling through yearling) as they swim against flows in a water tunnel using high-speed, high-resolution cameras and mathematical techniques to deconstruct the complex flipper movements. 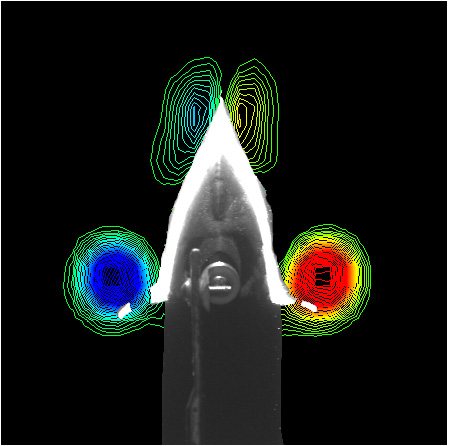 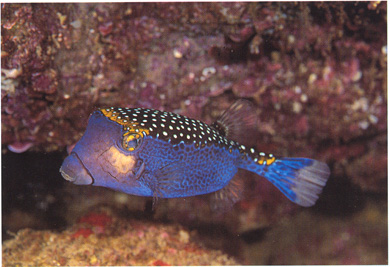 Boxfishes are marine fishes having rigid carapaces that vary significantly among taxa in their shapes and structural ornamentation.   Using three separate but interrelated approaches (DPIV, pressure distribution measurements, and force balance measurements),  we determined that four species of boxfishes produce vortices around their keels that lead to self-correcting trimming forces during swimming.  For example, when a boxfish pitches upward in a turbulent environment, spiral flows develop above the keels and are strongest at the posterior edge of the carapace.  The low pressures that result from the vortices pull the back-end of the fish upwards, returning it to a level trajectory.  This sophisticated self-correcting systems acts quickly and automatically without neural processing and reduces the complexity of boxfish swimming movements, which saves energy and enhances sensory acuity.  Interestingly, systems that are stable are generally not very maneuverable because every change in course is counteracted by the stabilizing mechanism.  However, boxfishes are unique because they are both stable and maneuverable!  Current work on boxfishes focuses on how fins interact with body-induced flows to enhance maneuverabilty.
Results from our work were recently applied to the development of Mercedes-Benz’s bionic car. and are being used by Navy to make more efficient underwater robots. 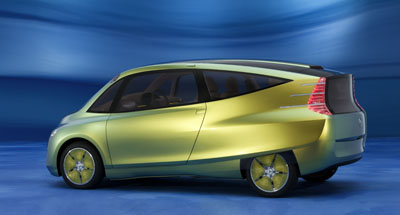 The key findings of this work are described in the following papers:

FUNDING: This work was funded by the Office of Naval Research.