Reversion to the Mean and Ratings of Democratic Performance

Brightline recently released the report of their third wave of expert surveys concerning the health of U.S. democracy.   The survey report is here: http://brightlinewatch.org/blw-survey-wave3/.

One of the interesting aspects of this wave of the survey is that the authors compare the results of the expert survey with results from a YouGov survey of the American public.

Unfortunately I think part of the interpretation of Figure 1 is wrong.  The authors write “Far from being com­pla­cent, the American public is in many ways more alarmed than political sci­en­tists are about the health of U.S. democracy.”  But I think this interpretation is flawed.  My read on Figure 1 is that it shows a reversion to the mean phenomenon.  Answers from the public have a larger ‘random’ component in the sense that people miss things or are inaccurate in their perceptions.  As a result, the public responses tend more towards the center — the 50 percent mark — than the ratings of the experts.  It’s not that the public is more saguine or more alarmed.  It’s that the public has views that are more heterogeneous and (perhaps) less well informed.  Where the experts are particularly alarmed, the public is more optimistic, and vice-versa. 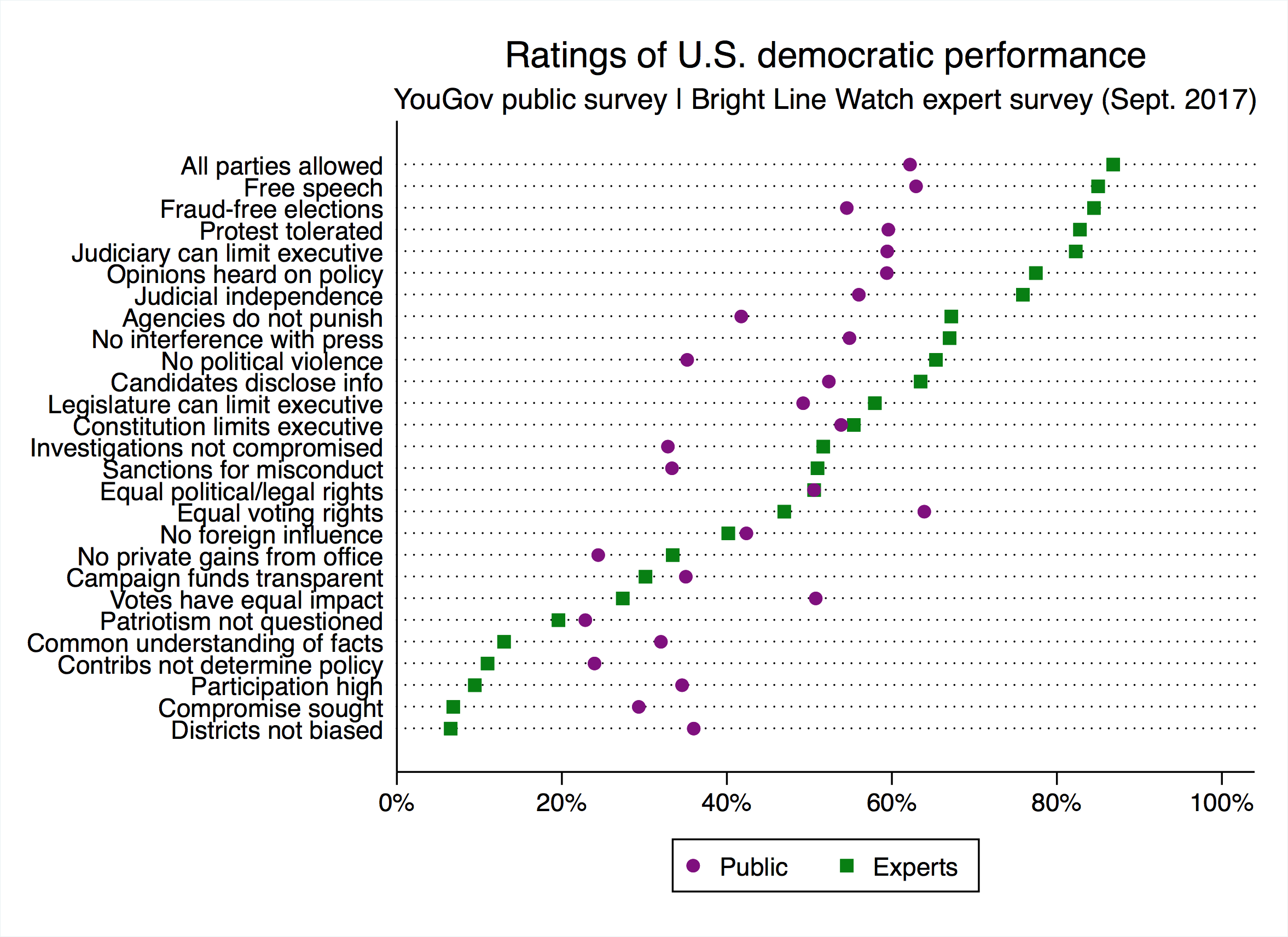