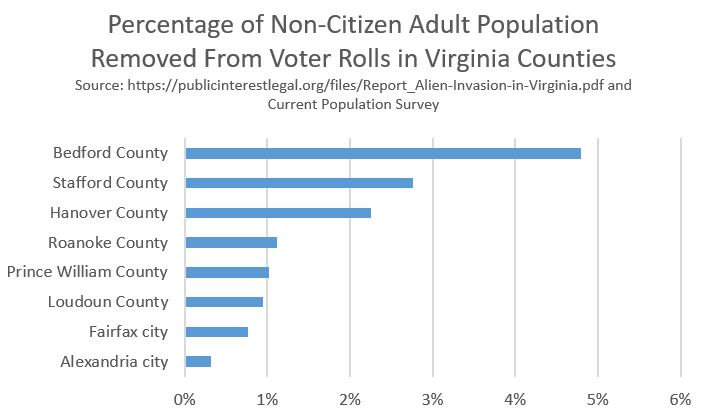 This graphic takes data from a recent report concerning the number of non-citizens removed from voting rolls in various Virginia counties because they disclosed information (apparently primarily to the DMV) that they were non-citizens.  The terminated-registration rate varies from 4.8 percent to 0.3 percent, although the Alexandria City (0.3%) data may be incorrect, as the report narration describes initially being shown a list of hundreds of names, and then later only receiving a list of 70.

Obviously this data reflects a lower bound on the portion of non-citizens who have accidentally or intentionally registered to vote in Virginia — these are the individuals for whom those safeguards that are in place did actually (or eventually as a number of them voted) work to end their illegal voter registration.

All postings on this website represent the opinions, analyses, and interpretations of the author alone.