Does Political Science Pay Off?

Considering a major in political science?  You interest may be spurred by the desire to understand politics, or the wish to make the world a better place, or your plans to attend law school, or by your understanding of the fundamental importance of power, justice, and law in shaping the kind of society we live in.  But you are making a good choice financially as well.  The Hamilton Project (http://www.hamiltonproject.org/charts/career_earnings_by_college_major/) has analyzed reams of US Census American Community Survey data to assess how people with different majors do financially.  The graphs below show a few of the many comparisons this data allows you to make.  The upshot is that Political Science is a good investment. 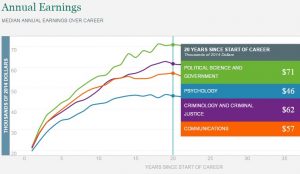 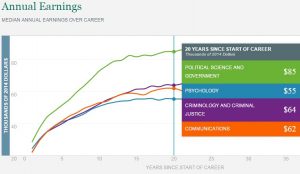 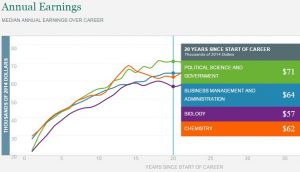